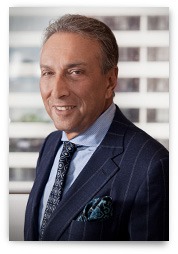 Mr. Spring has been involved in the real estate industry for over 25 years. During the first 15 years, he developed and built homes, condominiums, industrial buildings and strip shopping centres in Canada and the U.S. During that period he also acquired a number of properties and through his management company also managed a substantial property portfolio, which consisted of a number of Class B Toronto office buildings, industrial buildings and strip shopping centres as well as approximately 1500 rental apartment units. In the late 1990s, Mr. Spring identified the retail sector as a market for investment and with a former associate began acquiring and redeveloping shopping centre and street retail properties amongst other projects. Beginning in 1999 with the acquisition of the Roundhouse Centre in Windsor, Ontario, which was expanded and re-merchandised from its initial 150,000 SF to 208,000 SF, and ending with the acquisition in 2004 of the 300,000 SF Burlington Power Centre in Burlington, Ontario. Mr. Spring was responsible for more than $200,000,000 worth of properties acquired, developed and/or redeveloped. In early 2005, Mr. Spring established Bayfield Realty Advisors Inc., which now has assets of more than $720,000,000 under administration. In addition to being President and CEO of Bayfield, Mr. Spring leads the Acquisition and Development division of Bayfield.