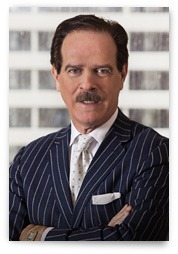 Mr. Gotlieb is a senior partner of Cassels Brock & Blackwell LLP, a Toronto-based major Canadian law firm. Mr. Gotlieb has significant experience and currently/previously has sat on the boards of numerous corporations with international and Canadian real estate operations including hands-on involvement with his family-owned real estate investment operations particularly in the multi-residential sector. Mr. Gotlieb also has a diversified academic background, having been an adjunct professor of law at Osgoode Hall Law School for in excess of 10 years, instructing at the Admission Course of the Law Society of Upper Canada and teaching at Ryerson University. Mr. Gotlieb is a well-known speaker and prolific writer and has chaired numerous panels for professional and industry bodies. Mr. Gotlieb is actively involved in many charitable organizations throughout the Toronto area, including currently/previously sitting on the boards/being an officer of Mount Sinai Hospital Foundation, Baycrest Hospital Foundation, York University Foundation among others, and chairing/co-chairing nomination and governance committees of many. A graduate of York University and Osgoode Hall Law School (both LLB and LLM degrees), Mr. Gotlieb was called to the bar in 1977. He resides in Toronto with his wife and 3 children.